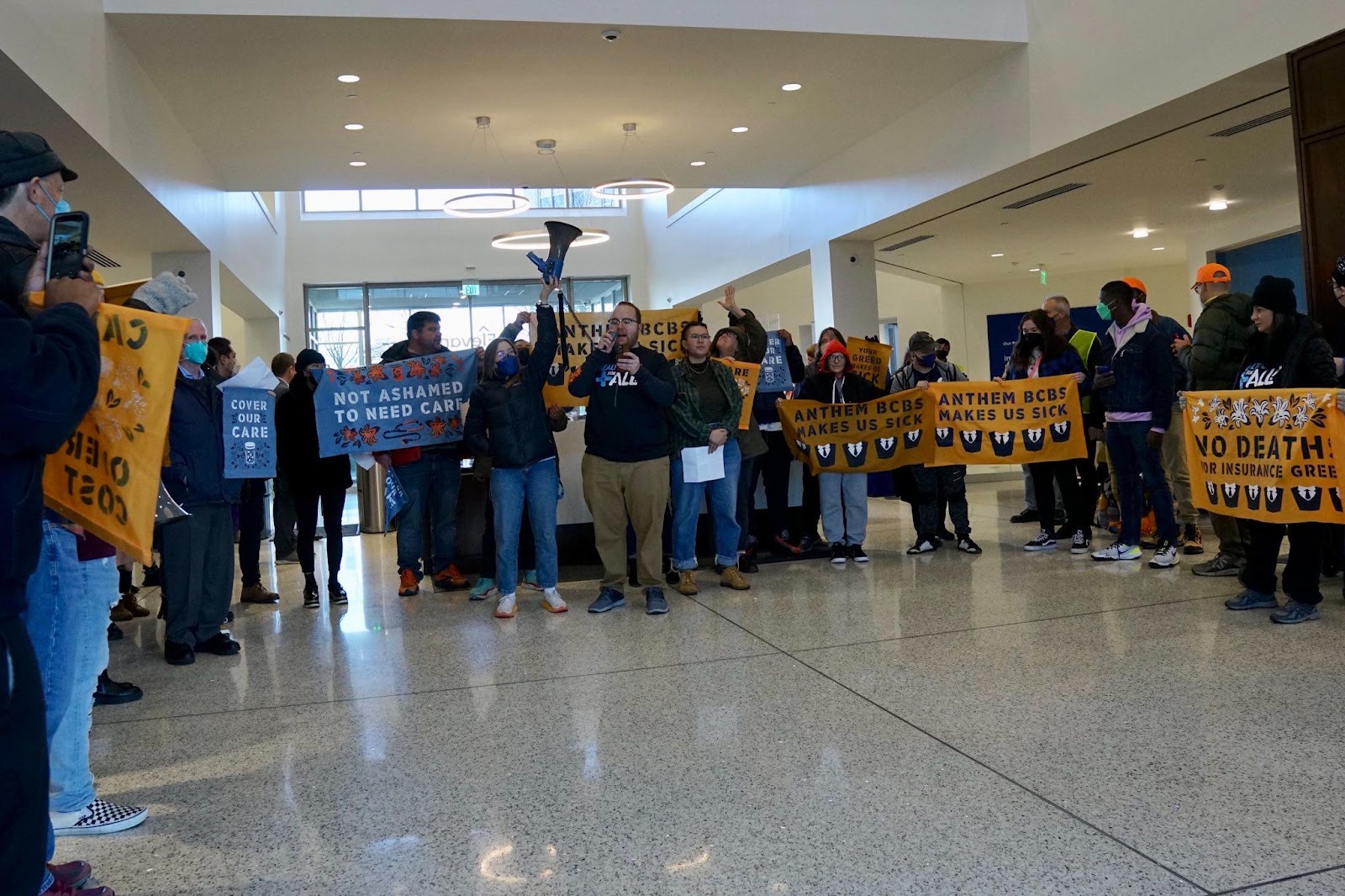 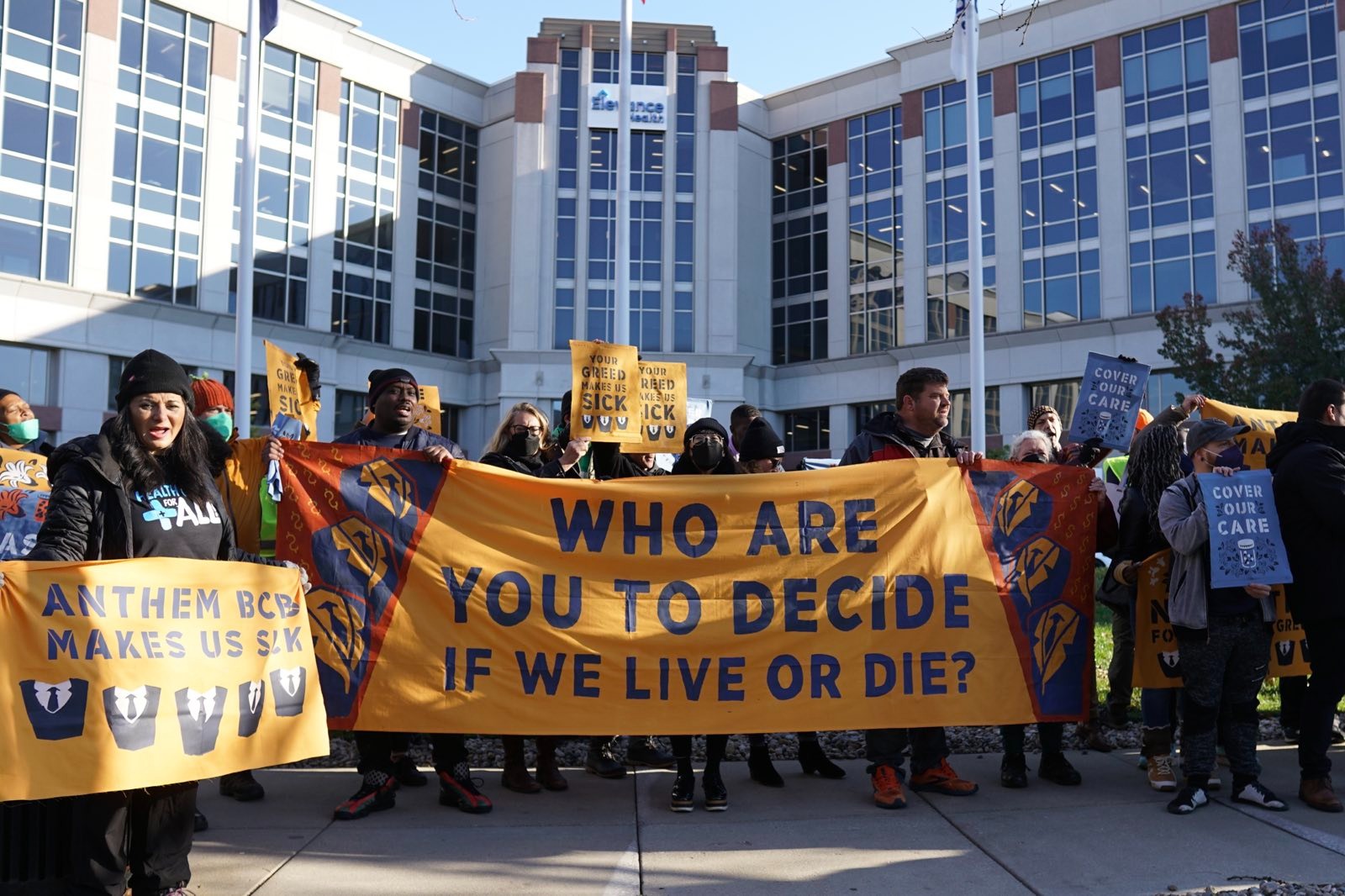 “Anthem/Elevance made $6.1 billion in profit last year. Where did that money come from? It came from Lane’s surprise bill and Bri getting stuck with an obsolete insulin pump. It came from millions of dollars of denied treatments, medicines, and care. It came from making your members sicker and saddling them with loads of debt,” Former Vermont Legislator and Rights and Democracy Director Kiah Morris said.

“Elevance was so cowardly they refused to talk to 70 of their own members,” People’s Action’s Health Care for All Campaign Director Aija Nemer-Aanerud said. “They don’t care about the pain and havoc they cause in their members’ lives. They only care about protecting their profit.”

Participants were forced out from the building by police at Anthem BCBS’s request, finishing the action outside on the sidewalk. They chanted, sang, and shared personal stories about health care and the harm caused by claims denials while holding signs reading “Your Greed Makes Us Sick,” “Cover Our Care,” and “Who Are You to Decide If We Live or Die?”

“Lots of people just give up because insurers make this so difficult. We deserve the highest quality of care, regardless of our income,” Iowa Citizens for Community Improvement member leader Bri Moss said. “Anthem is treating me as less than because I’m poor, because they think they can get away with it and make more money, and they’re doing this at the expense of my health.”

Care Over Cost’s demands to Elevance Health include the following:

View the action livestream here and photos from the action will be uploaded here. Read Care Over Cost’s letter to Elevance CEO Gail Boudreaux here.