“Washington has suffered under the leadership of wealthy elites and corporate politicians for too long,” People’s Action Movement Politics Director Brooke Adams said. “Today that changes. We’re proud to endorse a slate of candidates who will fight for our communities in Washington and build the multi-racial democracy we need.”

Lorena Gonzales was elected Council President by her peers in January 2020. She has the trust of lawmakers, advocates, and everyday residents for her vision and her ability to bring people together to get things done.For her work in and out of the courtroom, Lorena has earned multiple local and national awards, including Washington State Bar Association, Civil Rights Section: Distinguished Service Award (2010), and Champion for Children (2018, Save the Children). Lorena has served on various local, regional, and national non-profit boards, including Local Progress, Latina/o Bar Association of Washington, OneAmerica, OneAmerica Votes, and Washington State Association for Justice. Lorena González has made a career of public service and the fight for economic and social justice. When the COVID-19 pandemic first hit Seattle, Lorena cut her maternity leave short to get back to work for the people of Seattle. She was born and raised in a migrant farm-working family in central Washington that never knew what the next day or following season might bring. Lorena earned her first paycheck at the age of eight as a migrant farmworker in the fields of Central Washington. As a child, Seattle was a faraway dream, one she aspired to be part of as she grew up.

Nikkita Oliver is a community organizer, cultural worker, artist, attorney, and candidate for Seattle City Council Position 9. Nikkita has lived in Seattle, Washington since 2004 and has served as a community support and cultural worker with Urban Impact, the Union Gospel Mission’s Youth Reach Out Center, the Urban Youth Leadership Academy, Seattle Urban Academy, Who’s Next?, Year Up, and Writers in School. They are currently Executive Director of CREATIVE JUSTICE—an arts-based healing-engaged space for youth. Nikkita Oliver was a founding member of the grassroots Seattle Peoples Party. 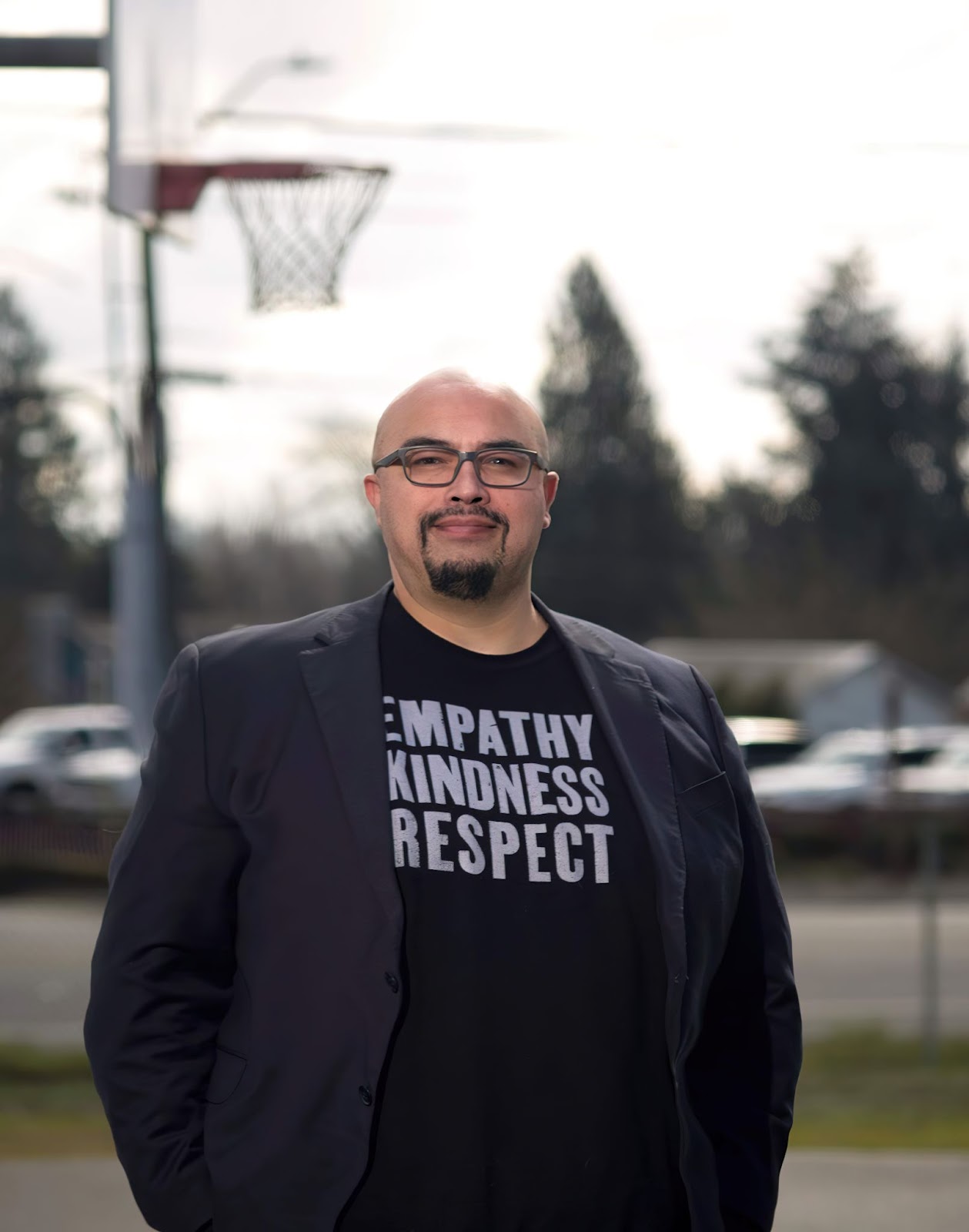 Hugo Garcia was born in Guadalajara, Mexico and moved with his family to the Pacific Northwest in 1988. His father waited tables at a local Mexican restaurant and with that income alone, the family moved in and rented their first home in Burien in 1991 and his parents still live there today. Hugo attended Shorewood Elementary and is a proud graduate of the Highline School District. He and his brother and sister in law wanted to stay close to their parents and have made a duplex in North Burien their home for 15 years.

The fact that a family of five could be supported on his father’s income as a restaurant waiter and his mom’s part time income as a high school lunch lady; has shaped Hugo’s understanding of the importance of building community and family resilience. It also highlighted for him how difficult it is for working families to save money to buy a home or pass down to their children. Hugo believes in the value of giving back that his parents taught him when they arrived in Burien, so he committed to being an active part of the Burien community in as many ways as he could. Hugo currently serves on both Burien’s Planning Commission and Burien Economic Development Partnership (BEDP) and engages regularly with neighbors, Burien faith community and grassroots community groups.

Danny Hererra, an educator within the Yakima School District, is excited to announce his candidacy for the Yakima City Council District 2 position. Mr. Herrera is a lifelong resident of District 2 and a proud graduate from the University of Washington having received his Masters of Teaching in Elementary Education. He is eager to serve the residents of southeast Yakima and the entire Yakima community with integrity and strong leadership.

Hamdi Mohamed’s father was a trucker and her mother was a Sea-Tac airport worker, so she knows firsthand how important it is that working families are protected. At the King County Executive Office, she advises on the County’s $12 billion budget and manage initiatives that invest millions in small businesses, community organizations, and COVID-19 response. She’s served on multiple nonprofit boards and as a regional Organizing Director for President Biden’s campaign. She has the skills, relationships, and expertise in economic development to achieve real results for communities in and around the Port.

Toshiko Hasegawa is a fourth-generation Japanese American and lifelong Seattle resident, and is a product of the community that raised her. She grew up walking along the piers, buying salmon at the docks of the Duwamish River, and watching whales in the sound. Her career has been dedicated to working with communities to amplify the voices of those in need, and create policy that serves us all. In 2018, she was appointed Executive Director of the Commission on Asian Pacific American Affairs (CAPAA) – becoming the youngest member of Governor Inslee’s cabinet, and the youngest ED in CAPAA’s history. With CAPAA, she advises the Governor, State Legislature and other agencies on issues impacting marginalized communities in Washington. Outside of her role at CAPAA, she is proud to have worked with various city, county and national offices and organizations, including: King County Office of Law Enforcement Oversight, King County Councilmember Jeanne Kohl-Welles Office, Japanese American Citizens League – National office.

Dr. Shukri Olow is a mother, a community organizer, a doctoral scholar, and a candidate for King County District 5, which covers the cities of Kent, SeaTac, Tukwila, Burien, Normandy Park, Des Moines and Renton. For the last 14 years, she has worked directly in service to the residents of South King County on a variety of issues including housing, education and human services. Dr. Olow is running to bring her strong lived, professional, and community-based experiences to the County Council.

Graciela has served as Yakima Valley Farm Workers Clinic Recruiting Director for 13 years, moving the organization’s recruiting program from crisis response to a pro-active recruiting process for an ever-growing organization. With 19 years of professional-level experience in Human Resources, Graciela previously worked as the HR & Diversity Director for Planned Parenthood of Central Washington and as the HR Manager for Trailwagons/Chinook RV in Yakima, WA. Graciela also serves on the Washington Association of Community & Migrant Health Centers’ Workforce Committee and is a member of the Yakima School District Board of Directors.

Sandra Zavala-Ortega is a mother of Vancouver Public School children and a graduate of Vancouver public schools.