“People’s Action is proud to endorse our first slate of candidates this year who are running people-powered campaigns to transform our communities,” People’s Action Movement Politics Director Ryan Greenwood said. “Coming out of this pandemic, we need champions with bold, progressive solutions to build a government that cares about us and works for us. Corporate CEOs, your time is up.”

Jackie Gunderson for Mayor of the City of Bloomington 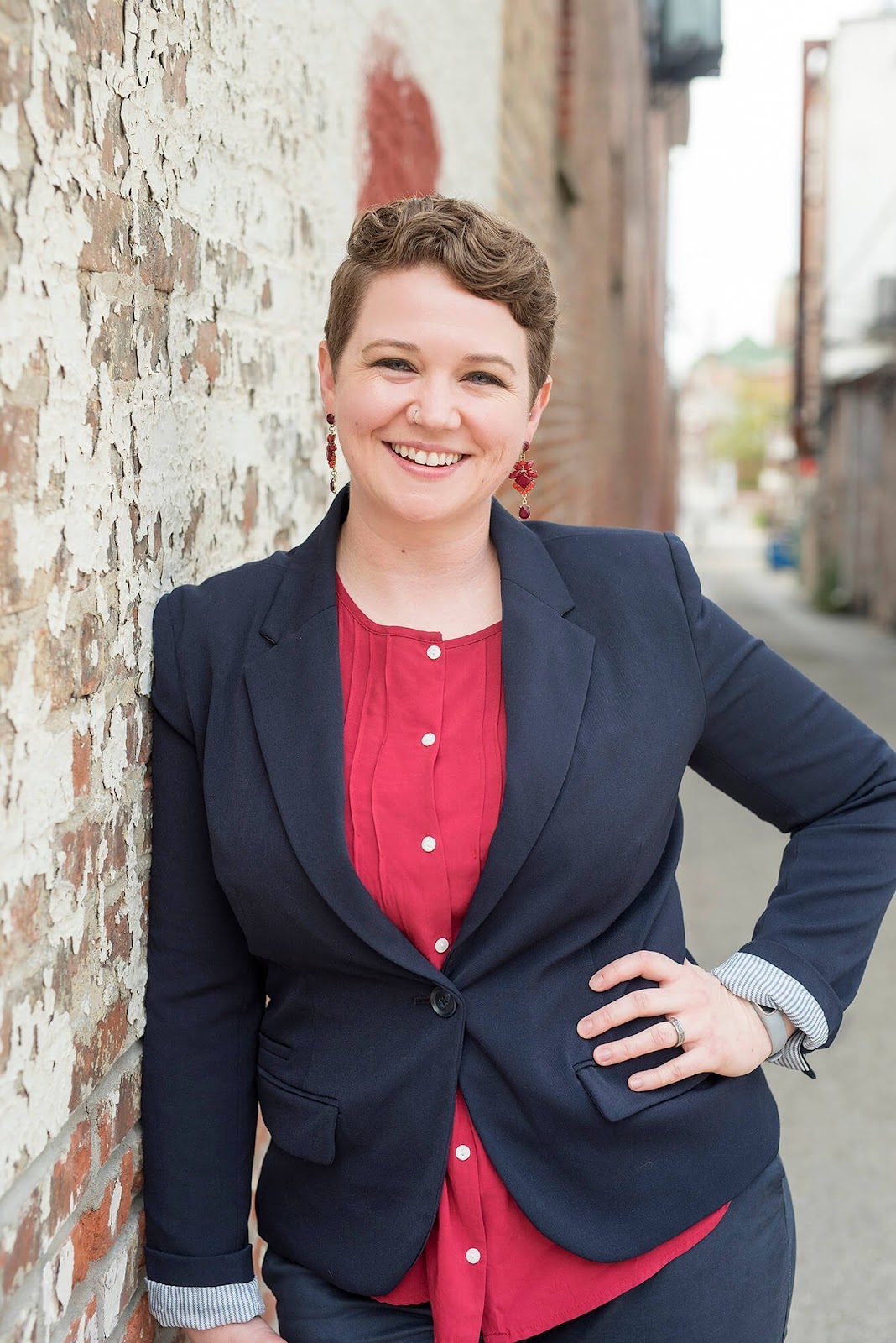 Jackie Gunderson is an adaptable and intuitive leader who is rooted in community. Before she ever considered running for office, Jackie Gunderson’s personal mission has always been to contribute positively to her community, to roll up her sleeves to build it up, and to leave it better than she found it for future generations. Jackie has lived out this mission in her personal and professional life, and now she wants to lead with this mission from City Hall. It is time to approach city hall with a more proactive lens, full of elected officials who communicate with their community, and bring impactful and equitable solutions.

“I am committed to transforming our government to be transparent and accessible, making our city welcoming and equitable, and ensuring that every resident gets a seat at the table. Being endorsed by People’s Action makes it clear to Bloomington voters that I am the candidate that can be trusted to advocate for the poor and working class” Gunderson said. 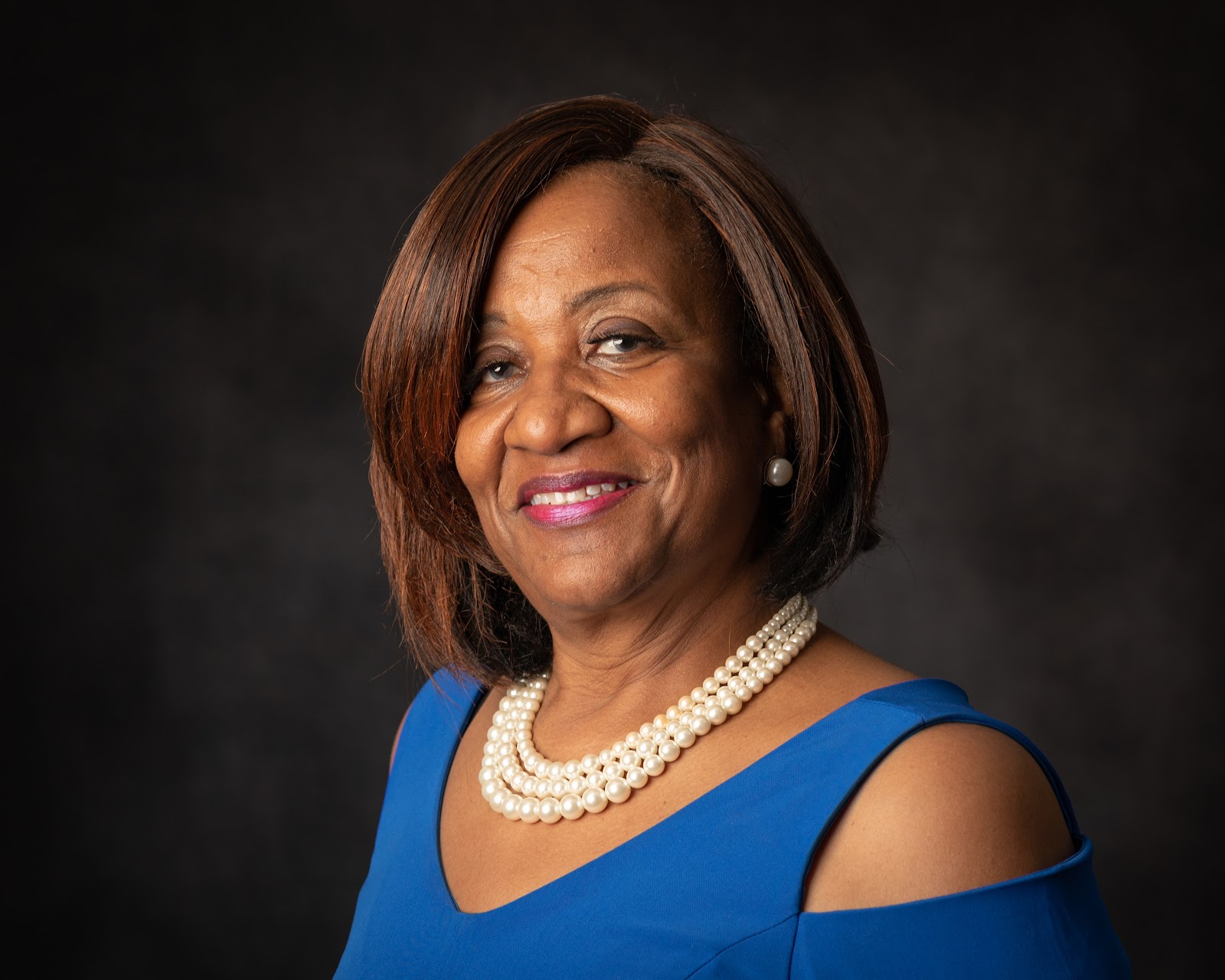 Willie Holton Halbert has resided in Bloomington-Normal for over 45 years and has committed her life to helping others. She cares about making a difference in the lives of others. She has a passion for helping others. Willie has given back to her community through motivational speaking, and volunteering within our community. She is also the author of several motivational books.

“I’m running because I believe in the power of people to come together to make a difference,” Halbert said. “People’s Action’s endorsement means that I am part of a broader movement of people who believe the same. It’s very exciting.” 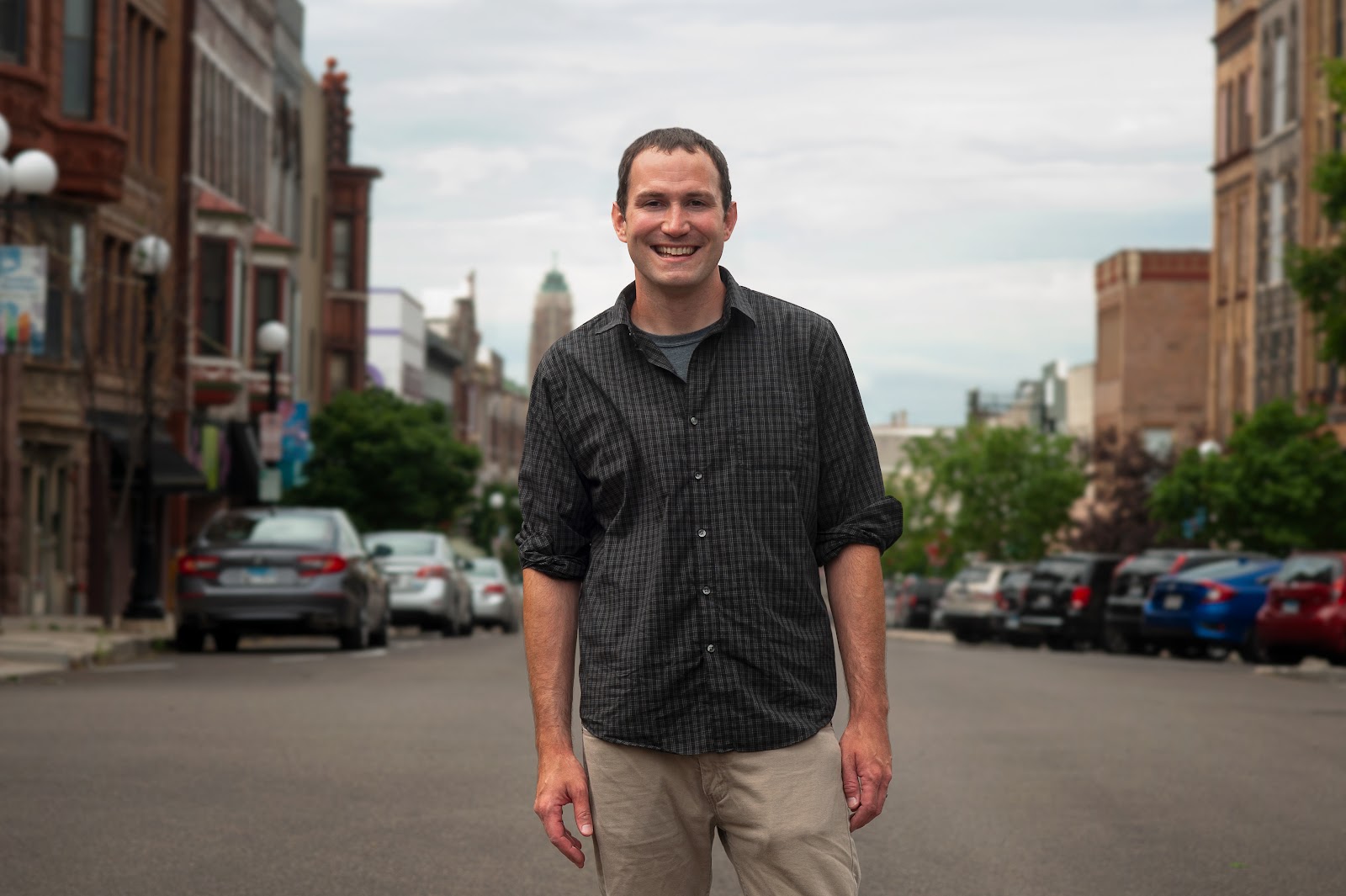 Patrick Lawler moved to Bloomington-Normal to attend college and decided to make the community his new home. He has spent the last 15 years teaching high school social studies and is committed to helping students find their voice and their power.

“I am running because I am tired of seeing the struggles of my students and their families not prioritized by the City Council. I want to work towards a more just and equitable community that prioritizes working folks and those at the margins,” Lawler said. “People’s Action has already laid the foundation for that progress, and I am excited to partner with them and continue to move that work forward with local members.” 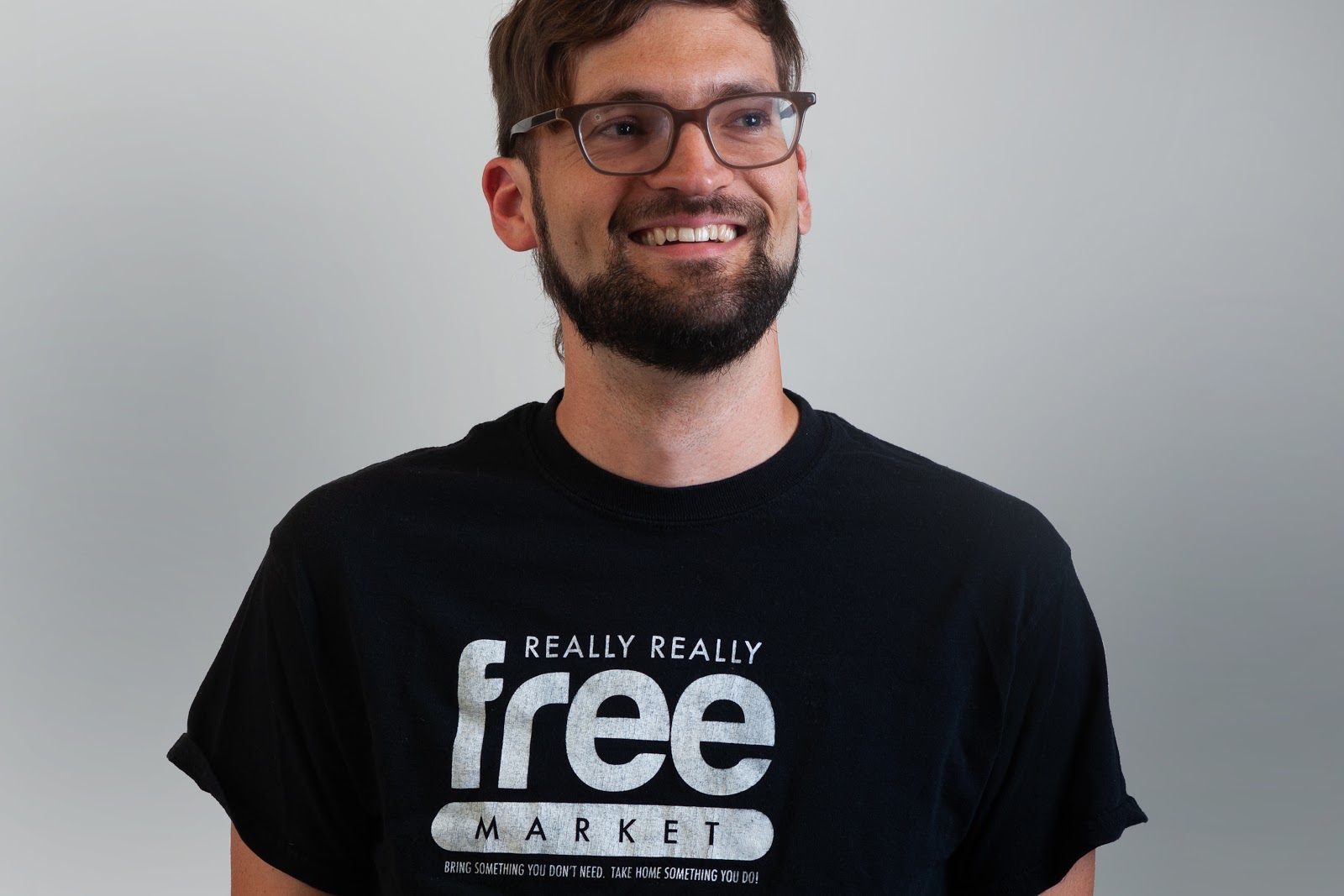 Kelby Cumpston is an optimistic and hard-working leader who believes in government transparency and is passionate about Ward 7’s history and future. When elected, he will bring his knowledge working in affordable housing to build a better Ward 7. He will carry his decade of experience working in local grass-roots organizations to lift up all people in Bloomington.

“I’m running on a slate with the People First Coalition to help blaze a trail that can be replicated across America,” Cumpston said. “People’s Action’s endorsement is a vital part of helping us elect folks who will lead our small midwestern city with progressive politics that put people first.” 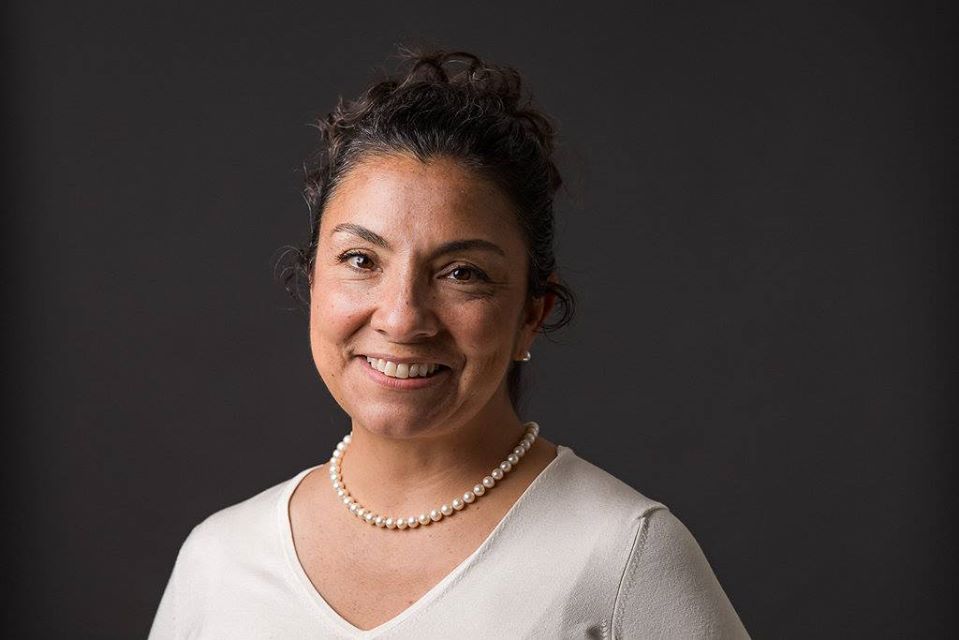 Cate Readling is a mom, woman of color, and long-time Oak Park resident. She’s been on the ground fighting for racial equity, strengthening our schools, fair taxes, and affordable housing. She’s committed to open, transparent government and engaging the community in all public decision making.

“I’m running for village president because I’m committed to leading a village government that works for everyone. Village hall policies should advance racial equity, economic fairness, and participation in decision making, especially by people whose interests have not been represented so far. It’s important to me to be connected to The People’s Lobby and People’s Action because the things Oak Park residents need are the same as the things working people across Illinois and the nation need, and together, we can win,” said Readling. 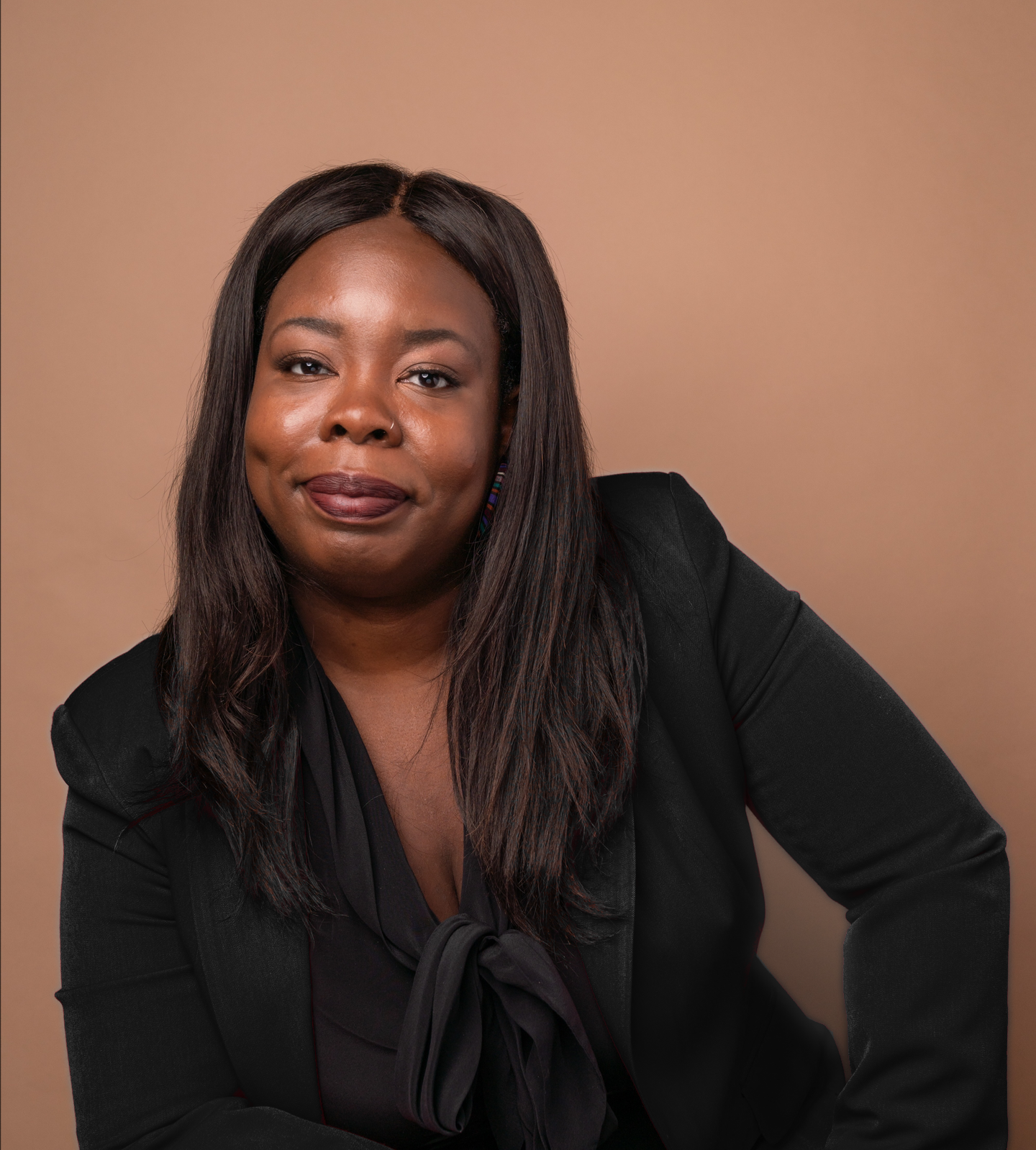 Althea Stevens is a proud New York native and a respected community advocate for the Bronx.  As a dedicated single mother, she works hard to create a sustainable future for her child and for all children and families who live in under-resourced neighborhoods. Althea began her career in civic service more than 15 years ago working for non-profit agencies and community centers that focused on giving a voice to the most vulnerable populations. She organized voting rights information sessions, led strategy workshops to address gang policing and created annual youth forums and community celebrations to bridge relationships between residents and neighborhood partners. Althea will continue her life’s work – of motivating and inspiring, leading with passion and advocating for the community – as a member of the City Council representing the great residents of City Council District 16.

“I am running for City Council to fight for power and equity for my community. I am proud to be endorsed by People’s Action as it validates the movement I am building and the demand for the policies I am running on,” Stevens said. 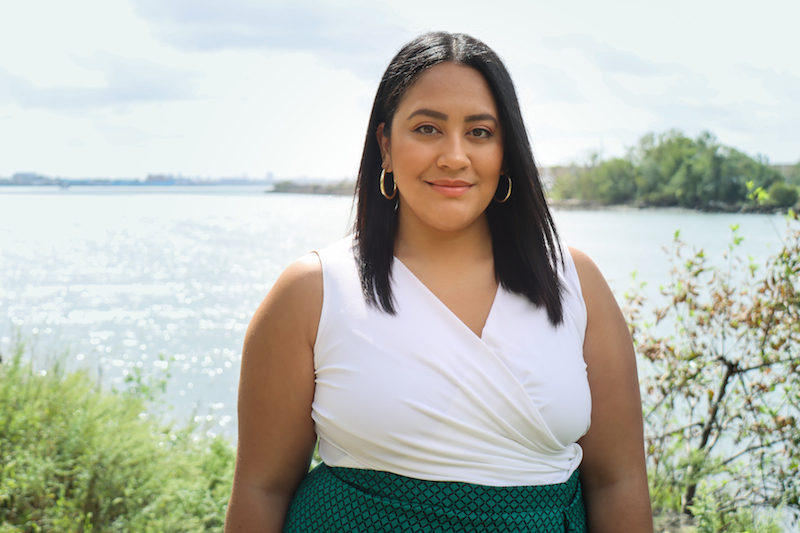 Amanda Farias is a lifelong Bronxite with a passion for giving back to the community that has given her so much. A second-generation Afro-Latina of Puerto Rican and Dominican descent, Amanda’s political career began by fighting voter suppression and mobilizing Black and Latino communities for President Barack Obama’s 2012 re-election campaign. She then went on to work for five years in the New York City Council. While working in City Hall, Amanda took on a larger role as a community activist and realized her community deserved new leadership. She then decided to run for New York City Council. Amanda understands that a crucial role of new leadership is investing in local coalition-building, which develops healthier communities. She is running for the people – taking on the current state of stagnation through policy and programming that uplifts communities of color.

“Having People’s Action’s endorsement would mean building a stronger coalition for my fight for my community in The Bronx,” Farias said. “I believe in the values of People’s Action’s – expanding democracy and economic fairness, fighting for community needs over greed, justice over racism, and the people and planet over big corporations. This endorsement means having a true progressive partner driven by a community, economic, and racial justice vision for my community and The Bronx.” 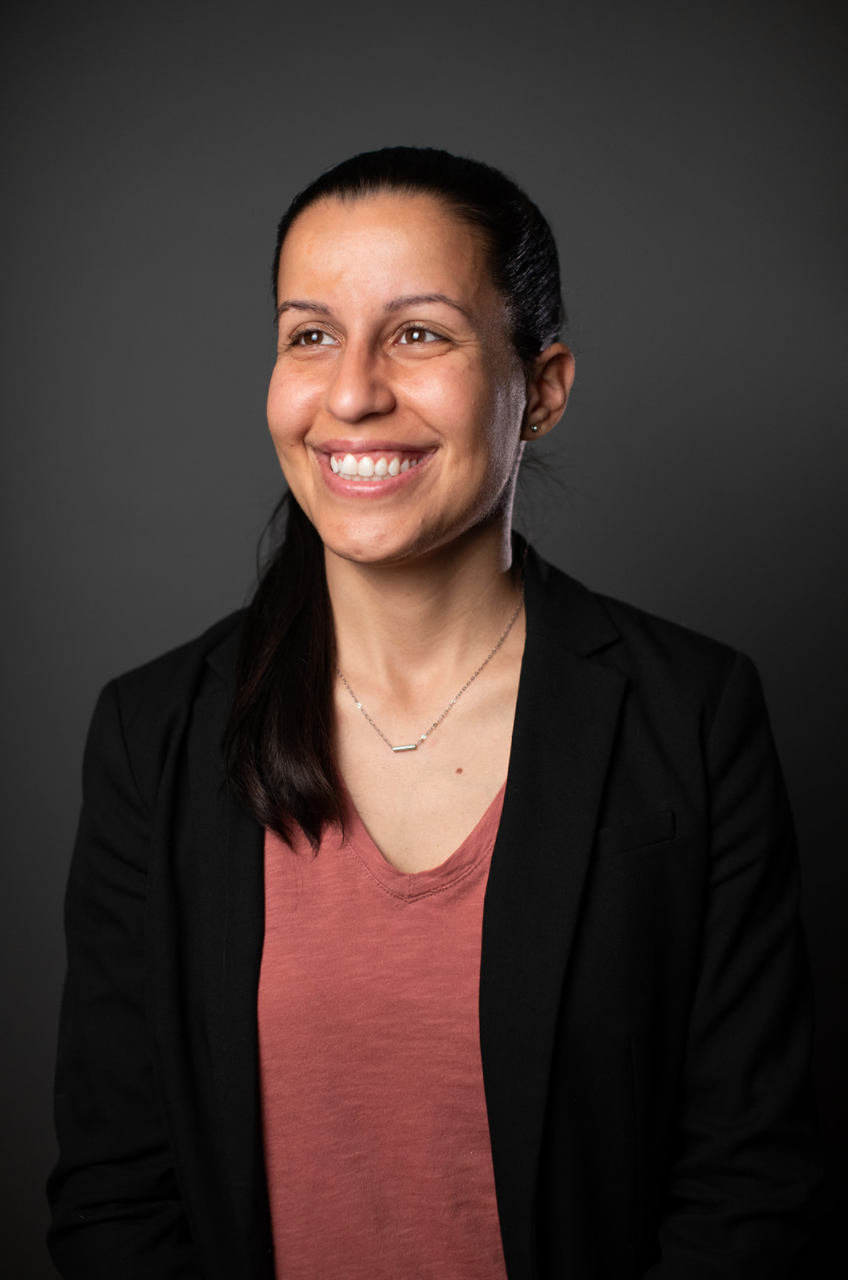 Tiffany Cabán is a 33-year-old public defender, organizer, activist, and queer Latina who is running for City Council to ensure New York reaches its full progressive potential. Tiffany knows our City government can work for working people, and she will not stop fighting until it does. Tiffany lives in Astoria and is the proud mom of two rescue dogs, Natalie and Coltrane.

“I am running to fight for racial, climate, and economic justice by ending the carceral system, bringing a Green New Deal to Queens, and establishing a caring economy that prioritizes working families over corporations. I am honored to have People’s Action endorsement because I believe in your mission to build community power to fight for justice and create real change in the lives of working families,” Cabán said. “In the midst of a pandemic, now more than ever, we must create a robust public health infrastructure to keep our communities safe and healthy, and I know People’s Action is a leader in championing the transformative changes our communities need.” 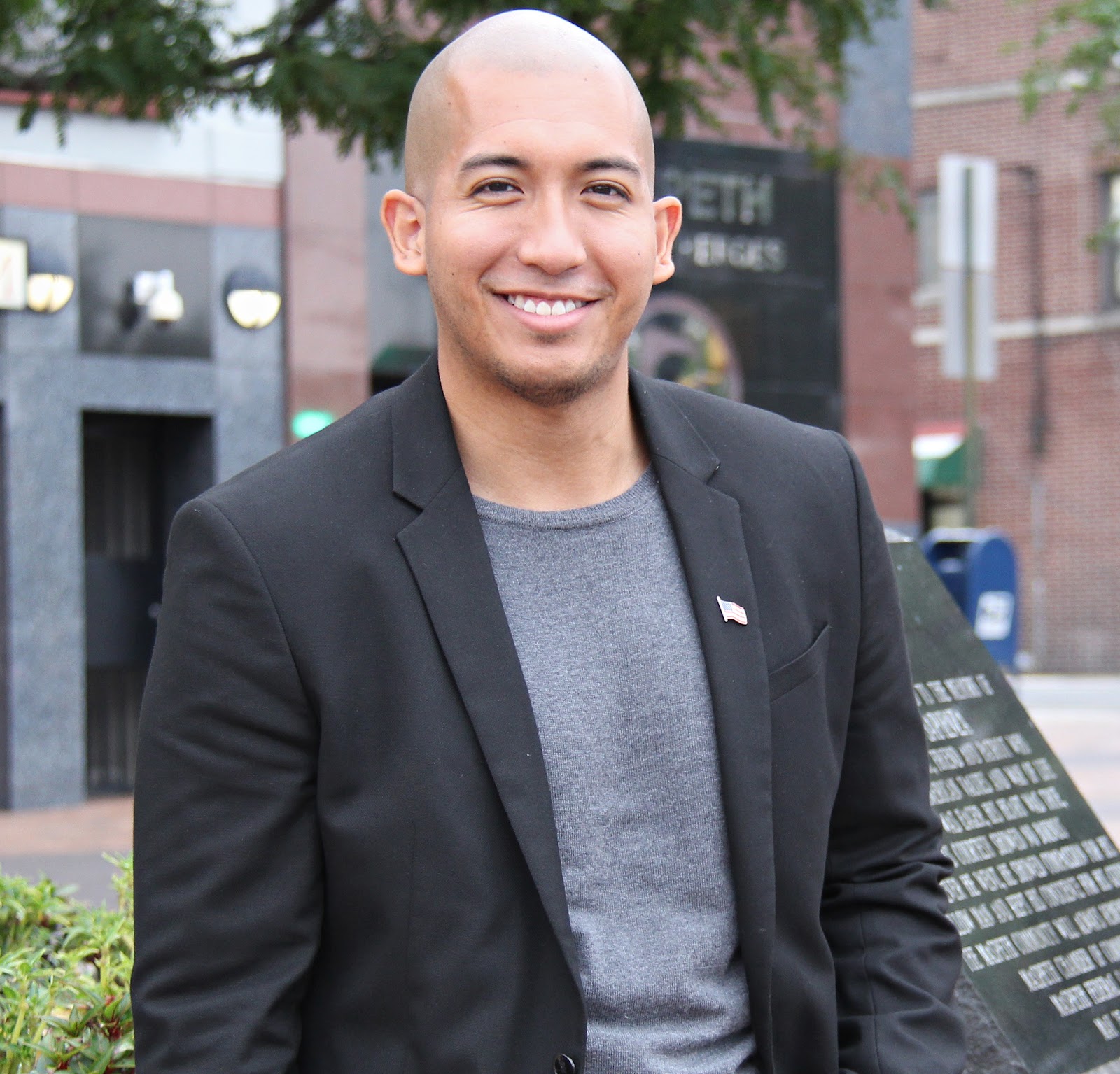 Juan Ardila is proud to be a Working Families Democrat and the first Latino to run for City Council in District 30. Juan has spent his entire life in public service – he has worked within the City Council , has supported at-risk youth with mentoring at the International Rescue Committee,  successfully worked to expand pre-K and 3-K for All programs, and is currently work at a legal service nonprofit, where he help New Yorkers with legal representation and accessibility to benefits. Juan will fight for dignified housing rights, protections for workers, expansion of transportation, and equitable education for the people of the city.

“I am running to provide representation to working class New Yorkers in District 30. As a first-generation American, son of immigrants, I understand the hardships of working-class families in this city. Now, I am running for City Council to improve their quality of life, by pushing for a comprehensive housing plan,  ensuring high quality services in the public education system, and implementing an expansion of public transportation,” Ardila said. “It is a privilege to receive the endorsement of the People’s Actions, to ensure that we are providing dignity, liberty, and justice for all New Yorkers.” 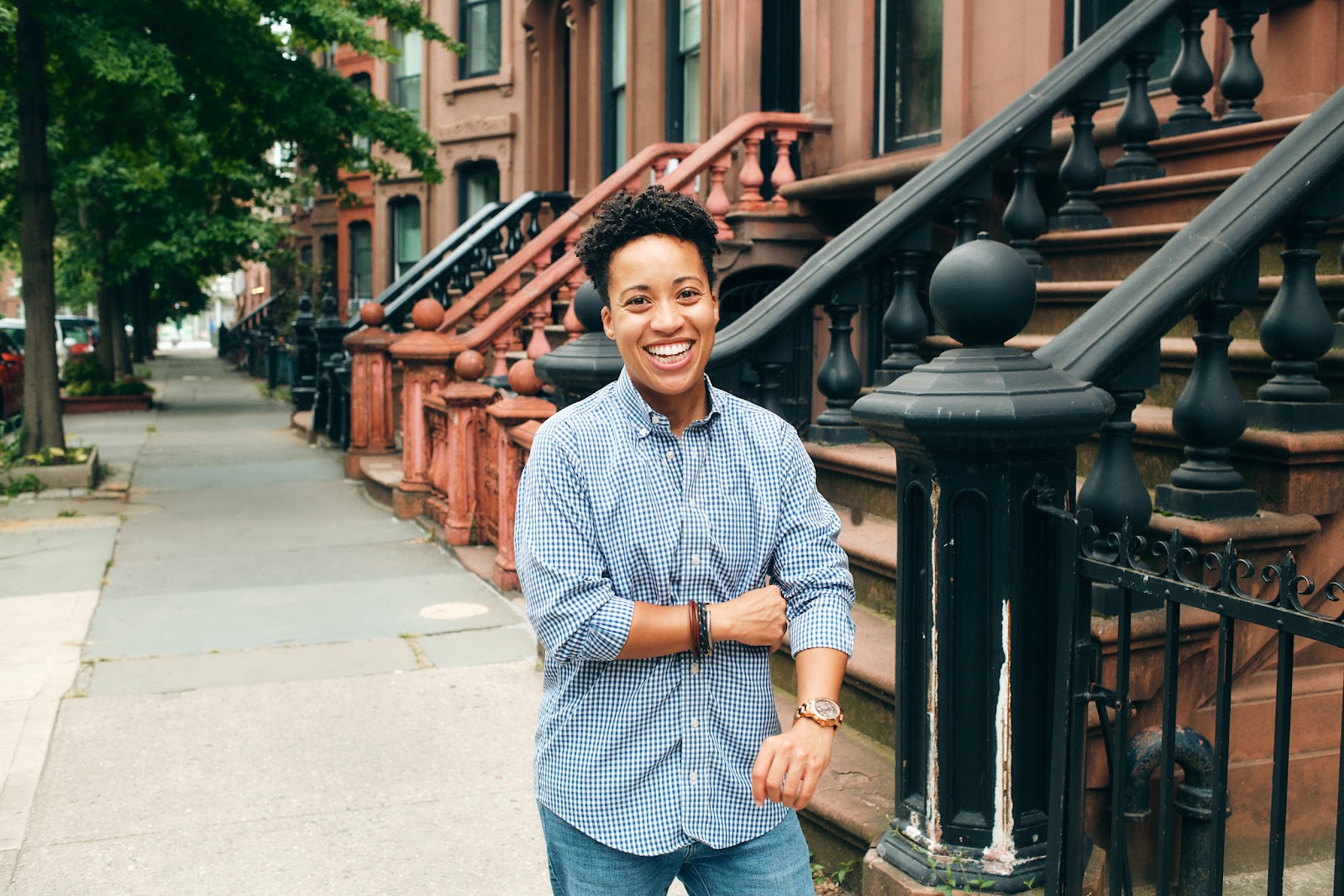 Crystal Hudson is a public servant and community organizer committed to fighting for the neighborhoods of Prospect Heights, Crown Heights, Fort Greene, Clinton Hill, and Bed-Stuy. Crystal was called to public service when she became the primary caregiver for her mother, who was diagnosed with Alzheimer’s disease, and experienced first-hand how difficult it is for working families to access necessary services and resources. After a decade working in marketing and advertising, she went on to senior roles in the City Council and the NYC Public Advocate’s office. In response to the COVID-19 pandemic, Crystal created Greater Prospect Heights Mutual Aid (GPHMA) to support neighbors and provide information and resources. Crystal lives in Prospect Heights, where her family has been for three generations and is deeply committed to the residents of the 35th District — and all New Yorkers. If elected, Crystal would be the first openly gay Black woman elected to the New York City Council.

“I’m proud to have the support of People’s Action as we fight together for stronger, more equitable communities,” Hudson said. “As we confront this pandemic and the longstanding inequities it has exposed, we need leaders with a bold, progressive vision for our future. I’m fighting for a New York where we can all live, learn, and support our families with real affordable housing, fully resourced schools, and safe workplaces with livable wages.” 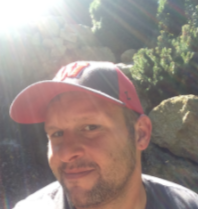 Ben Wilson wants to be a strong progressive voice in rural Wisconsin. He knows that Viroqua is a gem of the Driftless a Region so he wants to protect that while moving Viroqua through the 21st century. He brings valuable representation to the Viroqua city Council by being the only renter and the only LGBTQ+ elected leader in local Government.  In his professional life, Ben fights for climate justice, racial equality, and expanding healthcare every day as an organizer for Citizen Action of Wisconsin.

“Having the endorsement of People’s Action grants the credibility to fight for rural climate solutions in local government,” Wilson said.