“Nithya Raman is dedicated to standing up to the corporations and the rich who have devastated communities across Los Angeles. We need champions like her who will put people and the planet first, and People’s Action is proud to endorse her,” People’s Action Director of Movement Governing Brooke Adams said. “Raman understands what it’s like to be part of the multiracial working class, and in this time of unprecedented mobilization for racial and economic justice, we know she will fight for our movement. People’s Action is excited to work with Ground Game LA to help push Nithya Raman across the finish line this November.” 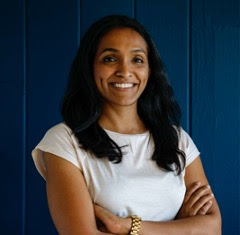 Nithya Raman is an urban planner and community advocate. She has fought to increase resources for slum-dwellers in India, founded a homelessness services nonprofit in Los Angeles, and served as executive director of Time’s Up Entertainment.

“We are honored to be endorsed by People’s Action whose People’s Platform we are so deeply aligned with,” Raman said. “We are a movement campaign, built by local organizers and activists who have been fighting for the changes we need to make Los Angeles a truly just, equitable, and healthy city.”

People’s Action’s Movement Politics program is focused on recruiting, running, and electing progressives into local and statewide offices across the country. Since 2016, we have helped elect over 350 movement politics candidates. We focus on electing women, people of color, and low-income people who are grounded in progressive movement building with our member organizations.

People’s Action is a national network of 40 state and local grassroots, power-building organizations united in fighting for justice. Our organization recently released a vision for a national Homes Guarantee that has already prompted major legislation from champions including U.S. Reps. Ilhan Omar, Alexandria Ocasio-Cortez, and Rashida Tlaib. We operate the largest progressive rural organizing project in the country. Prior to endorsing a candidate for president, we completed a national forum series that included Sens. Bernie Sanders and Elizabeth Warren, Mayor Pete Buttigieg, former Secretary of Housing and Urban Development Julian Castro, and Andrew Yang. The Nation called our Iowa forum the “most in-depth, people-powered forum” of the 2020 cycle.