“People’s Action is proud to endorse Jamaal Bowman in the NY-16 Democratic primary. In this time of unprecedented mobilization for racial and economic justice, we need leaders like Jamaal who know what it’s like to be part of the multiracial working class and will fight for our movement,” People’s Action Director of Movement Politics Ryan Greenwood said. “New Yorkers don’t deserve the damage that corporations and the wealthy have done to their communities. We need champions like Jamaal Bowman who aren’t afraid to challenge them and put people and the planet first.” 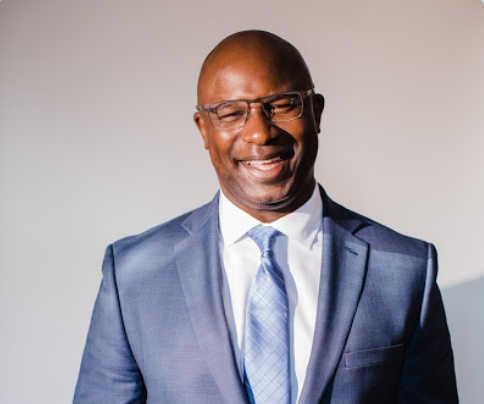 Jamaal Bowman has been an educator and advocate for public schools for over 20 years and most recently served as principal for the Cornerstone Academy for Social Action (CASA), a public middle school he founded in 2009 in the Baychester neighborhood of The Bronx. Dr. Bowman is running for New York’s 16th Congressional District and is rejecting all corporate PAC and lobbyist contributions. He is a life-long New Yorker who now lives in Yonkers with his wife and their three kids.

“I am grateful to have People’s Action as a partner in our fight for racial, environmental, and economic justice,” Bowman said. Our campaign has spent months building a grassroots coalition here in the Bronx and Westchester, talking to voters every day on the phone to build the movement we need to win this race and transform Congress. People’s Action has been in trenches forging a multiracial, working-class movement for a generation and I’m proud to have earned their endorsement.”

People’s Action is a national network of 40 state and local grassroots, power-building organizations united in fighting for justice. Our organization recently released a vision for a national Homes Guarantee that has already prompted major legislation from champions including U.S. Reps. Ilhan Omar, Alexandria Ocasio-Cortez, and Rashida Tlaib. We operate the largest progressive rural organizing project in the country. Prior to endorsing a candidate for president, we completed a national forum series that included Sens. Bernie Sanders and Elihttps://www.bowmanforcongress.com/#volunteerzabeth Warren, Mayor Pete Buttigieg, former Secretary of Housing and Urban Development Julian Castro, and Andrew Yang. The Nation called our Iowa forum the “most in-depth, people-powered forum” of the 2020 cycle.